This book had been recommended by so many people via Bookstagram, I just HAD to read it. I am so glad I did, because it did not disappoint me.

The twist at the end is just incredible. When I suddenly clicked what was happening I couldn’t believe it. NO SPOILERS here so I can’t say anymore than that.

One evening, Alicia shoots her husband, Gabriel five times and then never speaks again. Theo, is a psychotherapist and he is determined to help her and finally get her to speak again.

Despite the book being called The Silent Patient, most of the book is Theo’s point of view and we learn a lot about him and his personal life as the book goes on. To know Alicia’s point of you, we read her diary, which is written before she kills her husband. It’s hard to say much about the storyline without giving something away and I really wouldn’t want to spoil it for anyone.

Alex’s writing style is very good and I usually read a book guessing the entire time what the twist was going to be. I didn’t with this one. I just read it. I was engrossed.

I rated this book five stars on Goodreads. It was extremely well written, an amazing storyline, the twist, it’s the very definition of a page turner.

Just yesterday, the author, Alex announced the fantastic news that The Silent Patient has been picked up by Brad Pitt’s Plan B team and will be made into a movie. This is absolutely incredible news, and very well deserved. It’s definitely a movie I will be watching even though I know how it ends.

I highly recommend that you pick this book up. As of today it is currently £9.35 on Amazon for the Hardback. The paperback isn’t due to be released until 26th December 2019. 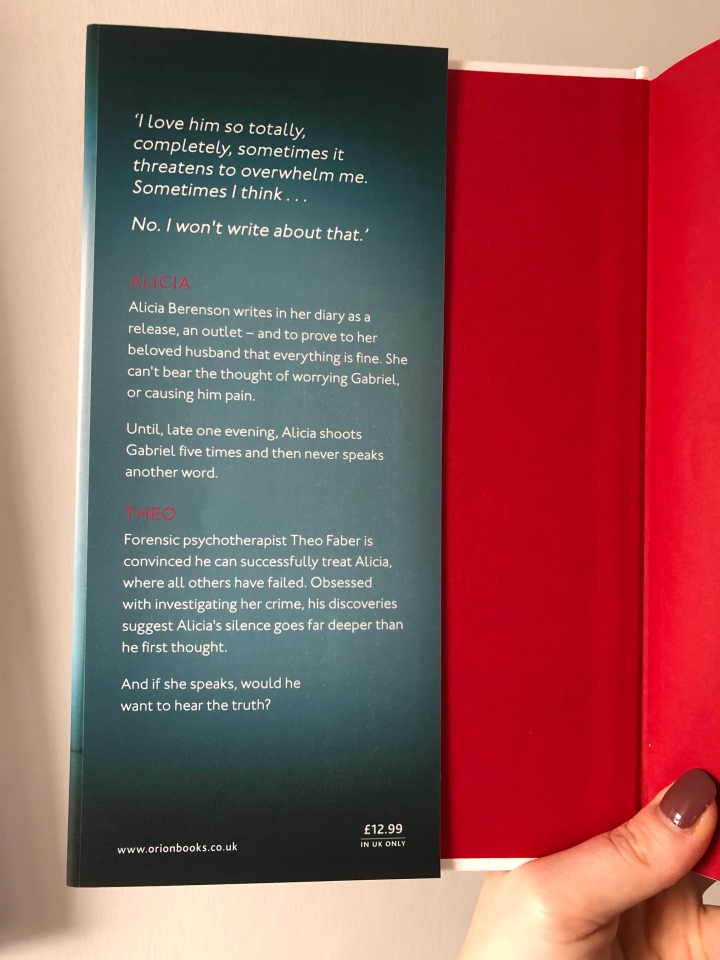 One thought on “The Silent Patient by Alex Michaelides”